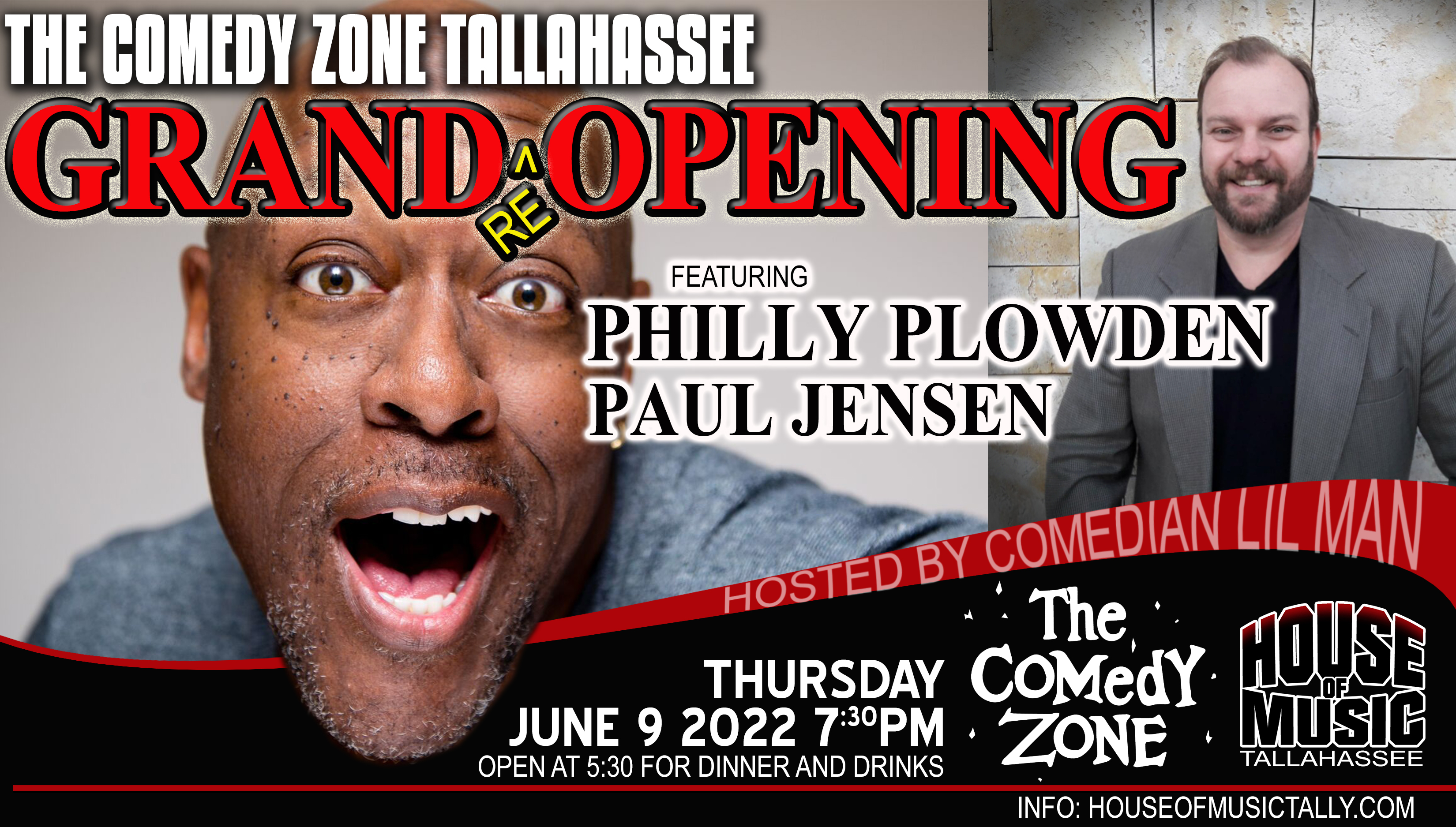 The Comedy Zone at House of Music Tallahassee is hosted by Comedian Lil Man. Get here early for dinner and drinks with Happy Hour beginning at 5:30. Tonight's comedians: Philly Plowden is one of the most sound actors/comedians working today. His observations & revelations about the human condition, mixed with stories from his own life, take an audience on a 200mph trip that could stop at any point along the journey. Philly puts it all on the line, because he always works in the moment. His ability to relate to people from different walks of life has made him a favorite in the cruise ship industry, comedy clubs, & corporate events. He's opened for stars like the late Robert Palmer, Richard Jeni, & Julio Iglesias on the West coast leg of his 2003 world tour. Paul Jensen is proof that you should never judge a book by its cover. You will immediately notice his intimidating appearance, booming voice and commanding stage presence. But it won't take you long to realize that he is a fun-loving entertainer whose only goal is to make you laugh. The son of Danish immigrants, Paul is a modern-day Viking that just happened to spend his childhood in the hillbilly country of Missouri. Always the black sheep in school and social situations he learned that humor was the best way to make friends. After getting married, starting a family and running a successful business Paul decided to try stand-up comedy. Performing comedy on stage just happened to be the one place where he felt completely at home. And he's proof that comedy doesn't have to be filthy to be funny. Over the past several years Paul has performed at some of the top comedy clubs in the country and is a regular at the Atlantis Casino and Resort in the Bahamas. He's shared the stage with many of the top acts from television and film and has been seen on FOX network as well as nationally aired commercials.