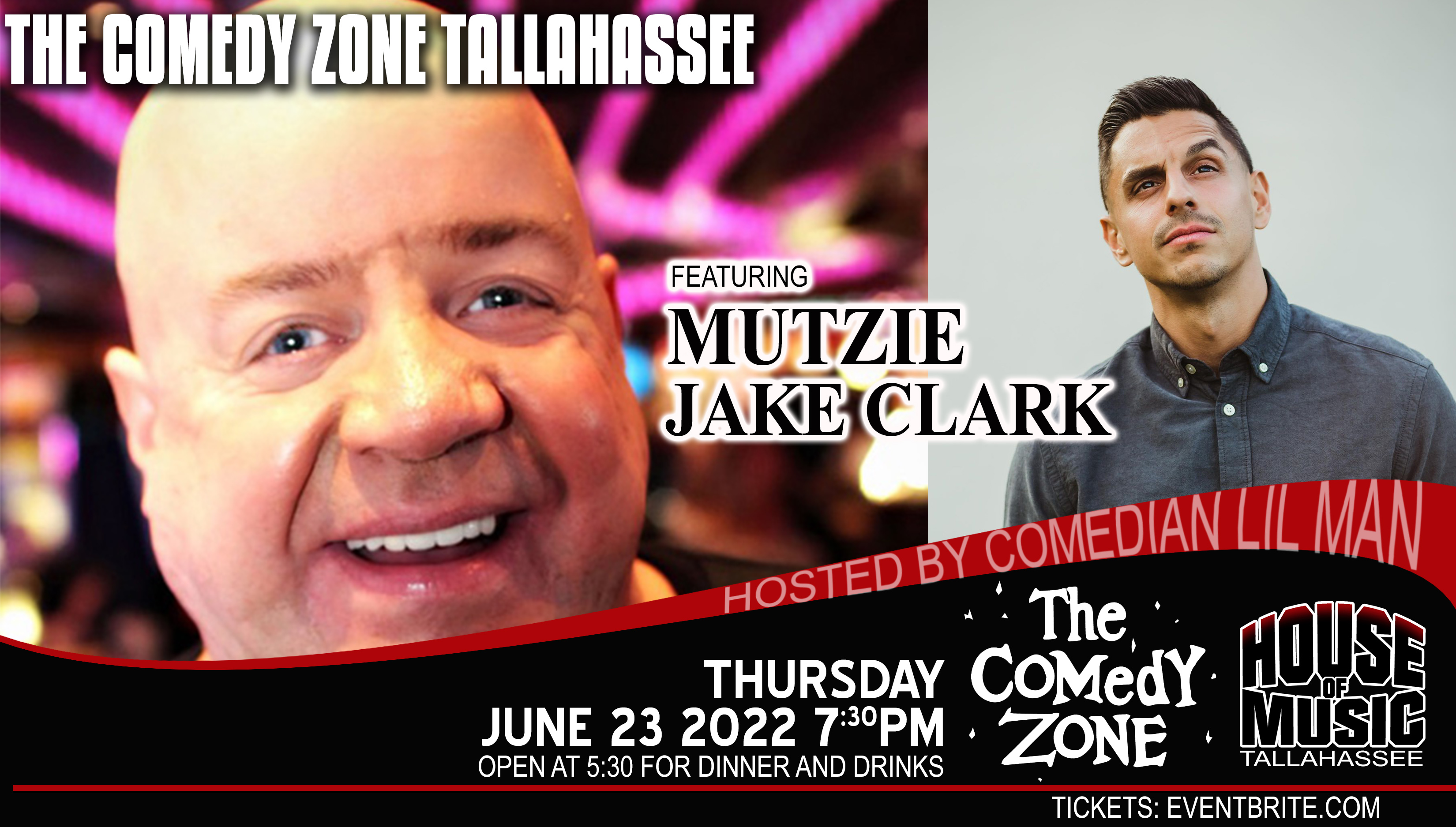 The Comedy Zone at House of Music Tallahassee is hosted by Comedian Lil Man. Get here early for dinner and drinks with Happy Hour beginning at 5:30. Mutzie is a multiple awards winning laugh riot from the minute he walks on stage until his show stopping close with improv skills that are second to none. You've seen him on Six Seasons of BET'S Comic View and he was named " New Orleans Entertainer of The Year” TWICE. Watching Mutzie on stage is like watching a very likable class clown, you don't know whats coming next, but you know it's coming. Mutzie is one of the Funniest clean comedians working today. Jake Clark: Growing up with the grey skies of Cleveland, Jake's smile would always shine through. He's quickly established himself as one of Orlando's up and coming comics. You may have seen him at NYC Comic Strip Live, or Comedy Clubs throughout the South East. Jake's stories of growing up and getting married will resonate with all types of crowds. His high energy performance will leave the audience wanting more.